The railway sector of Canada is globally sustainable and competitive and the mist crucial part of that it is quite safe. Canadian railways work alongside communities and customers and are responsible for the movement of over a million people and almost 70 percent of all the goods that are transported intercity in Canada every year, eradicating congestion of road and reducing emissions that are harmful.

The following are some interesting facts about Canada railway, they include; 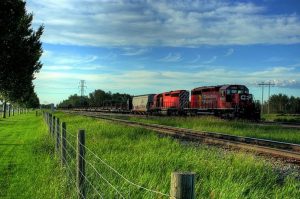